Eric featured on Extra at Unplug. 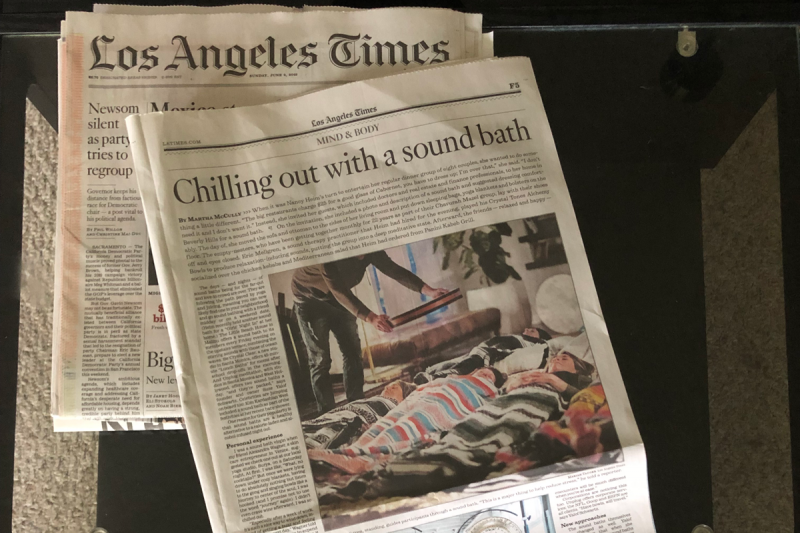 Article about Eric in the LA Times. 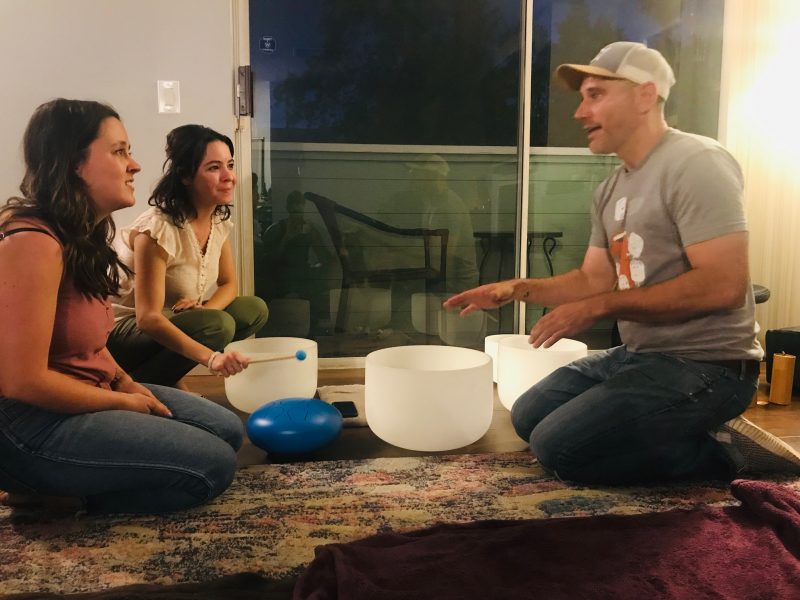 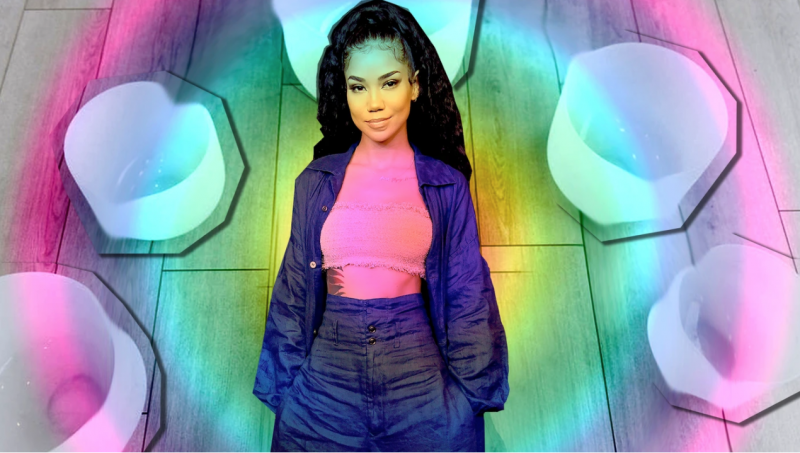 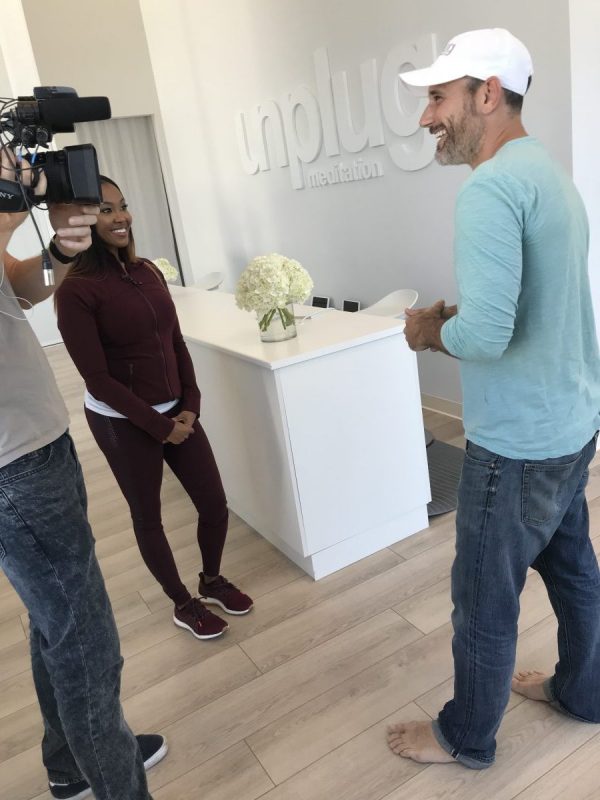 Eric featured on The Doctors at Unplug. 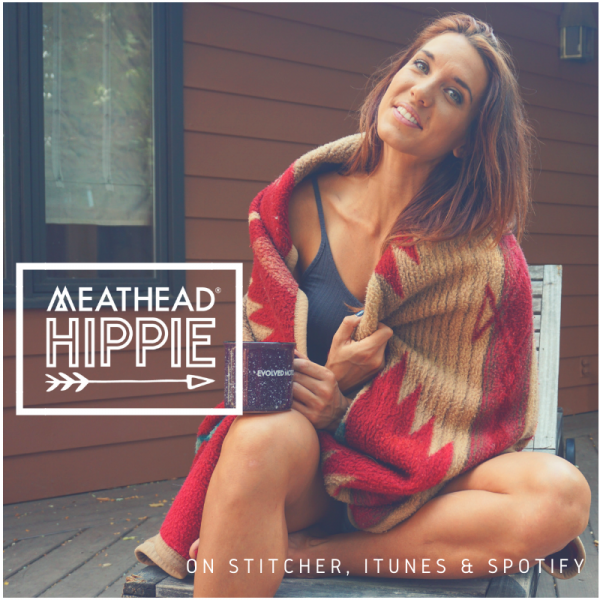 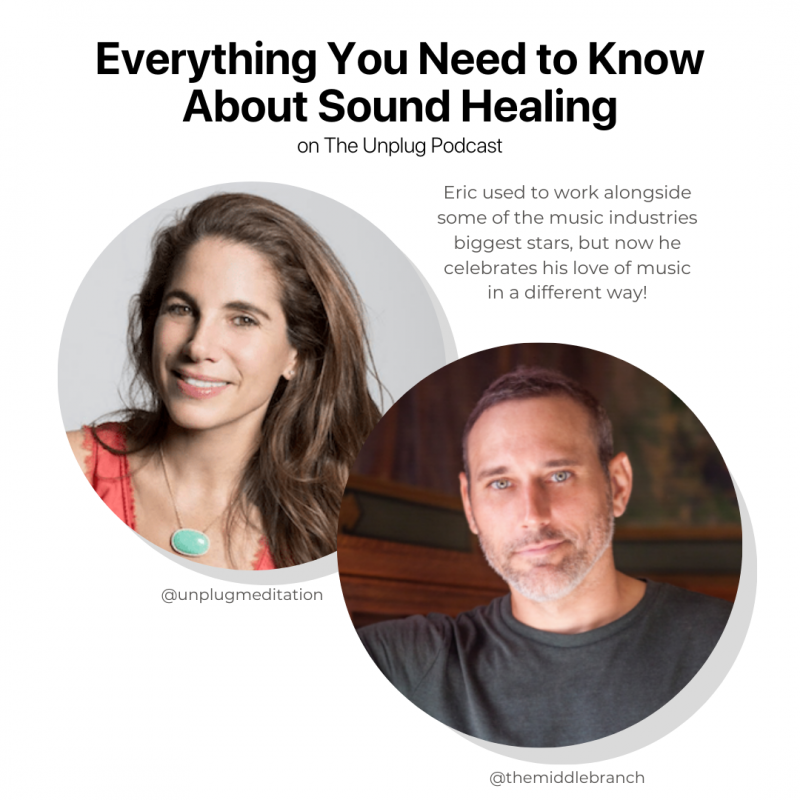 Eric with Suze Schwartz and Unplug Meditation on The Unplug Podcast. 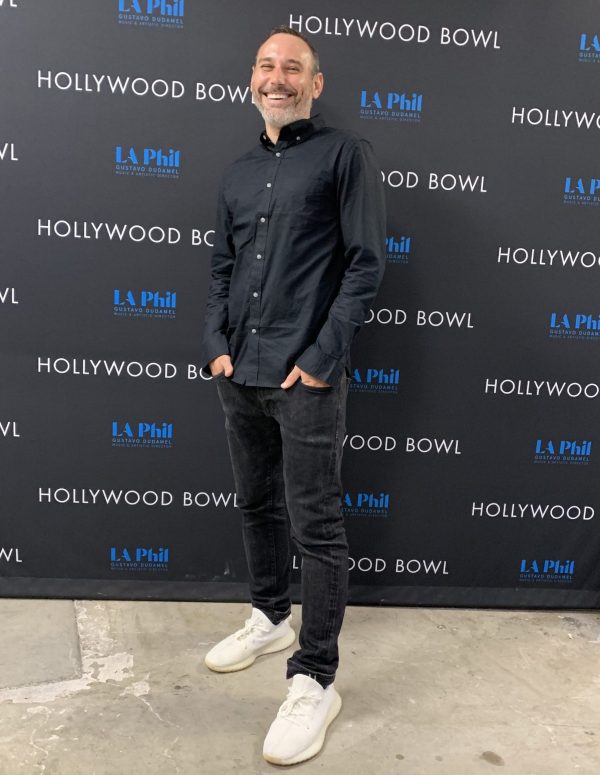 Eric Mellgren, the middle branch, played alongside the LOS ANGELES PHILHARMONIC at the “AMERICA IN SPACE” concert at the Hollywood Bowl on Thursday, August 15th, 2019 (more details here). Michael Giacchino had composed a piece, “ADVENT” for the concert which incorporates singing bowls. They performed this piece (July) at the Kennedy Center in DC and the Mann Center in Philadelphia and both concerts were an amazing success! Thanks to Daniel from recharj for booking such a magical group of bowl players. 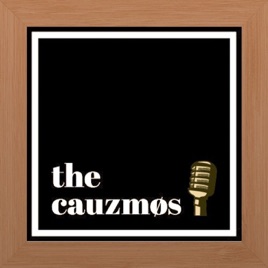 Eric on The Cauzmos podcast. 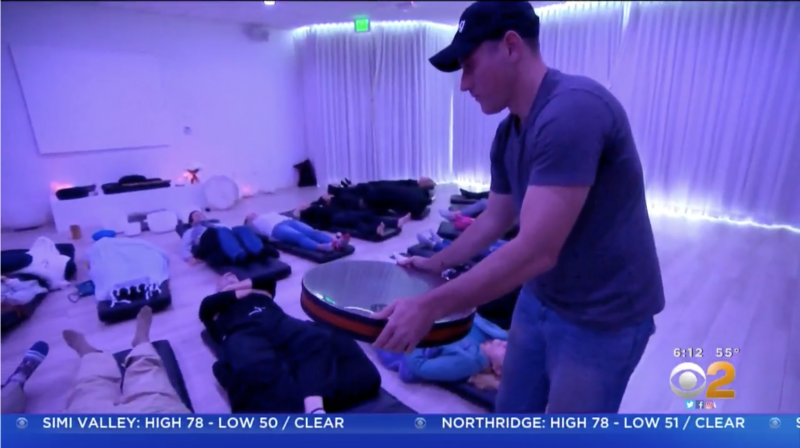