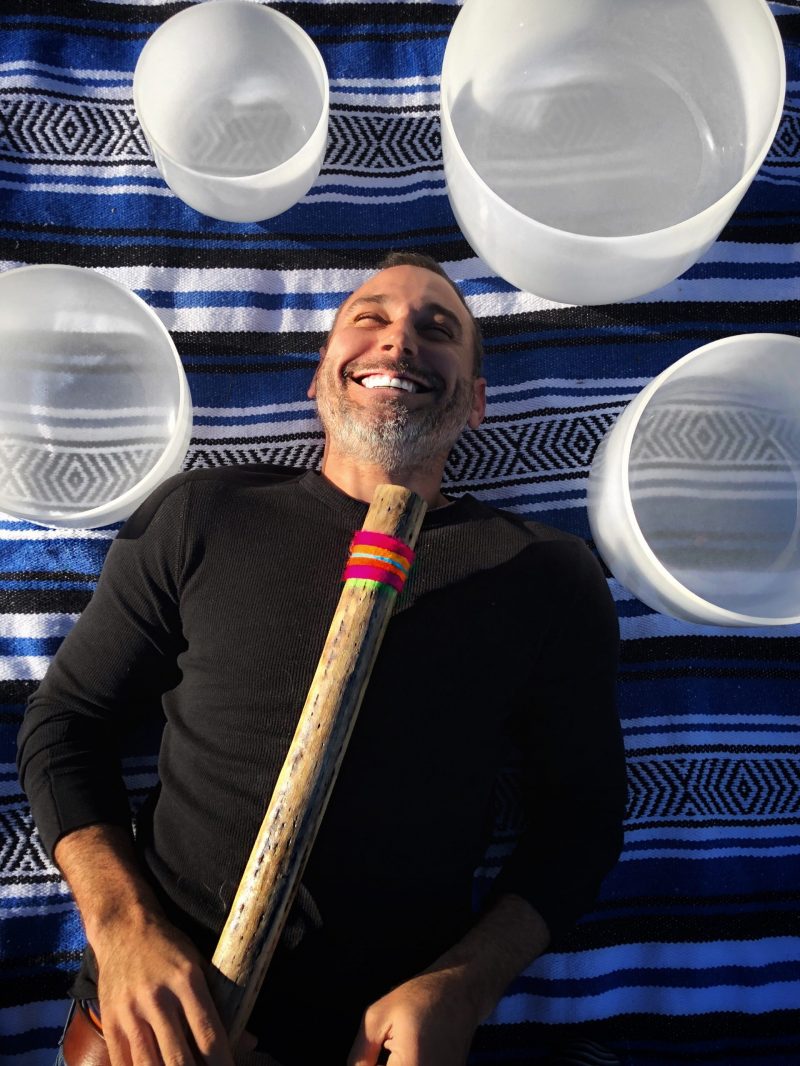 Eric Mellgren worked in the music industry for most of his professional life, hoping to provide something meaningful in his work. Employment at a record label for 13 years can have its ups and downs, but when the downs outweighed the ups, he started looking for something more purposeful.

Eric began a long journey of introspection and learning that started with personal therapy ( w/ Jennifer Schaefer) and led to a suggestion of nutritional therapy where he discovered just how important and powerful nutritional health is to the mental, physical, and emotional well-being of the individual. As he continued studying new ways of healing and methods of alleviating stress and anxiety, Eric was turned on to energy, vibration, and frequency, and their effect on everything from molecules to our very biology.

Realizing this was the missing link for Eric, he worked toward certification as a Reiki Master (energy work) and biofield tuning (vibration and frequency therapy). Connecting with some of the most well-known and talented Sound Healers in LA like Torkom ji and Shane Chunephisal (spiritmeticine), Eric began to follow their lead, establishing his own path of personal and professional growth.

He started leading sound-guided meditations while still working full-time in the music industry, knowing that his path was forming, working as much as he could with whomever expressed interest and receiving feedback from all of those sessions. Recognizing the underlying themes of relaxation, stress reduction, and better sleep lead Eric to want to teach about this work to as many people as possible.

In October of 2017, Eric left the corporate world to pursue his desire to teach and to heal, full time, bringing the work to yoga studios, corporations, and meditation studios. Making sound baths social events, replacing dinners, drinks, and parties as the norm of social interaction. He enjoys doing this work with people who struggle with the effects of illness, such as chronic diseases, mental distress and disorders, anxiety issues, and anyone who feels overly stressed. This work is for Everyone.

Both his parents spent careers as teachers, and that love of education and growth for others caught hold with Eric. He taught out of college for a brief time and states that it was the most gratifying job he ever had. Eric now continues that work of teaching, every time he leads a session. He’s not recreating the wheel, but considers himself a middle-man, bringing to light a path that can assist people in finding health and peace.

Eric’s ancestry dates back to Scandinavia, as his surname suggests. Mellgren translates to ‘middle branch’, and that now defines his work; Eric considers himself a bridge, a connection to an ancient and too often forgotten practice, and desires to bring that practice to the masses. He is a middle branch in that ancient tree of life. His vision and work is to help others navigate through the hard times of life and help heal themselves by being proactive with their health, rather than reactive. Eric’s desire is that others will be inspired by the very inspiration he received during his personal journey.